Porto, Portugal’s second city, was founded in Roman times, but came into its own during the Versailles Century. 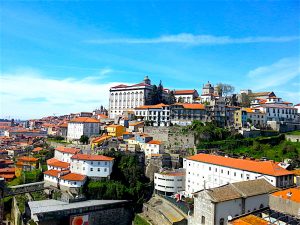 Porto’s historic heart with the cathedral and archbishop’s palace on the hilltop.

Brazilian gold flowing across the Atlantic after the discovery of the precious yellow metal in Minas Gerais in the 1690s, combined with the boom in the port wine trade after the signing of the Methuen Treaty with Great Britain in 1703, made Porto rich.  Much of the loot was spent on spectacular churches.  Modern visitors to the city will find the built heritage of the northern Portuguese Baroque all around them.  The star exhibits are the buildings designed by the transplant Nicolau Nasoni (1691-1773), an all-around talent who arrived from Italy to execute some paintings for the archbishop and stayed for the rest of his life, undertaking not only paintings, but interior design and architecture.

His Torre dos Cleriogos, erected in stops and starts from the 1730s to the 1760s, is still the tallest thing in the city centre, assisted by the hill underneath. 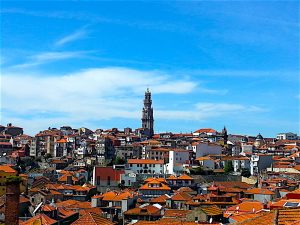 The Torre dos Clerigos literally towers over the city centre.

Among Nasoni’s many other projects was the facade of the archbishop’s palace.  I should say it’s among his probable projects.  The information plaque on site carefully says that the facade is ‘attributed to’ Nasoni. 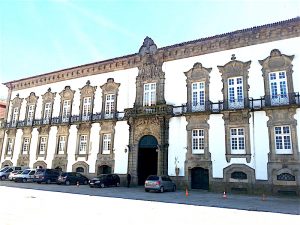 The facade of the archbishop’s palace attributed to Nasoni.

Nasoni also contributed paintings to the altarpiece of the neighbouring cathedral. 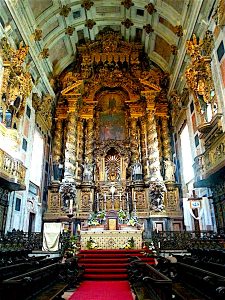 Altarpiece of the Porto cathedral.

Spectacular, no?  The rest of the interior is in the original Romanesque style.

Not only did Nasoni design the aforementioned tower, the Torre dos Clerigos, he was also responsible for the complex’s church.  The white, pink, and gold palette reminds me of South German baroque churches. 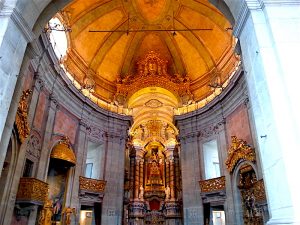 Interior of the Clerigos church.

Legend has it that the prolific Nasoni produced the design for this spectacular holy water urn in exasperation at the incompetence of the artists commissioned for the purpose. 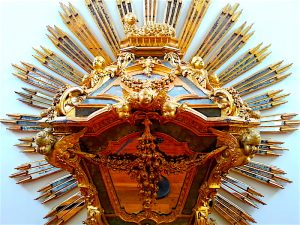 A holy water urn for use on Holy Thursdays.

Lest anyone think that Nasoni only exercised his genius on behalf of the church, I hasten to point out that he also undertook secular projects.  Probably the best known is an exuberant jewel box of a country house (as it was then, now it’s in the city) known as the Palacio do Freixo.  Nowadays it’s an elegant hotel run by Pestana Hotels. 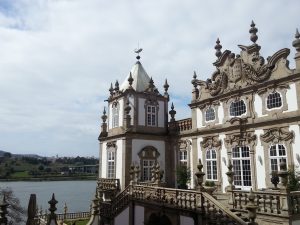 Each facade of the Palacio do Freixo is different. This is the most famous one.

The palacio is actually my favourite of all Nasoni’s buildings so far.  I even committed the extravagance of spending a night there; more on that later.

Porto also has non-Nasoni Baroque treasures.  One of the best known is the Capela das Almas (Souls’ Chapel), which was in fact across the street from my hotel.  This jaw dropping azulejo-lined facade was the view from my room at the Hotel do Norte. 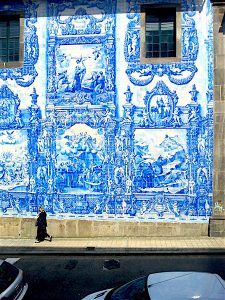 Side facade of the Capela das Almas.

Azulejos are the distinctive blue and white tiles that reached the level of fine art in Portugal.  I’ve since learned that while the chapel building dates from the late 17th century, the tiles were only added in 1929.  No matter, they look like the spectacular work from the height of azulejo art in the 18th century.

In the next posts, I propose to give you an in-depth tour of the Torre dos Clerigos and a detailed review of my stay at the Palacio do Freixo.  Have you been to Porto?  Please share your experience in the comments below.