In our continuing series ‘in honour of’ the temporary closure of the Carnavalet Museum, we examine 4 chinoiserie panels from the former residence of the Duke of Richelieu in Paris.

Why 4?  They are meant to symbolize the 4 elements: Air, Earth, Fire and Water. 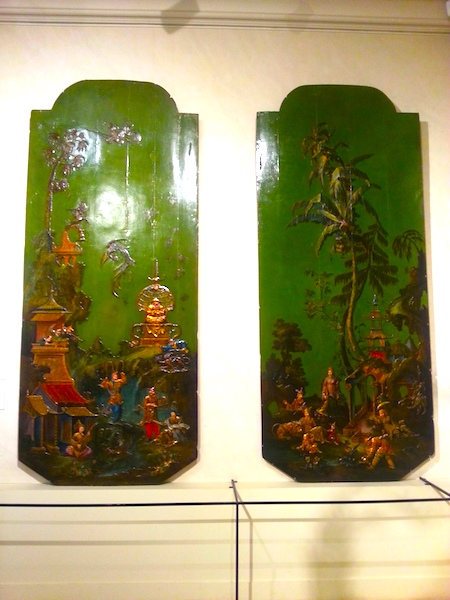 The first 2 of 4 chinoiserie panels: Air and Earth. 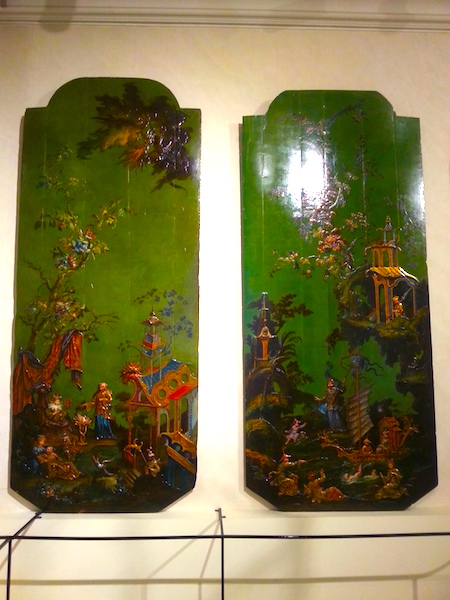 The remaining 2 of 4 chinoiserie panels: Fire and Water.

Purchased for the museum by the City of Paris in 1868, these panels once hung in the Cabinet chinois of the Duke of Richelieu’s Paris residence.  This nobleman was Armand de Vignerot du Plessis (1696-1788), the great-grandnephew of the Cardinal de Richelieu.  He was a soldier, diplomat, courtier, and notorious womanizer.  It was rumoured that he was one of the models for the character of Valmont in Choderlos de Laclos’ Dangerous Liaisons.

His intimate knowledge of the court from Louis XIV’s twilight years down to the eve of the Revolution gave him a unique perspective on the Versailles Century.  There is a famous story that Louis XVI once asked the aged Duke about the differences between the reigns of the three kings he had known.  The Duke replied, “Under Louis XIV, one was silent. Under Louis XV, one whispered one’s discontent.  Under Your Majesty, one shouts it!”

It was while he was serving as ambassador in Vienna between 1725 and 1729 that the Duke commissioned a room in the then wildly fashionable ‘Chinese’ taste for his Paris residence in what was then called the Place Royale, but which we now know as the Place des Vosges.  His residence was at #21. 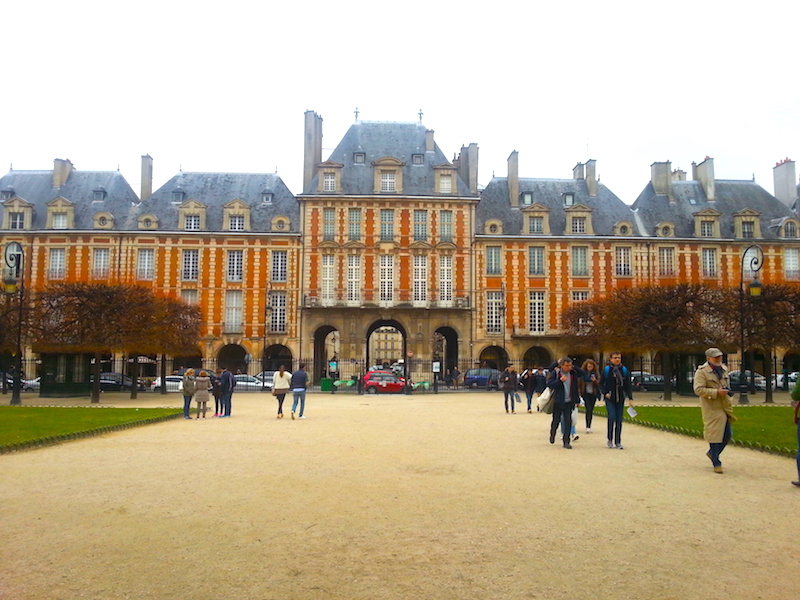 The 4 chinoiserie panels were part of a complete decorative scheme of the room, which as mentioned above was called the Cabinet chinois. Thanks to an inventory made when the Duke sold the house in 1758, we know a good deal about how the room looked.  I’ve translated the following description from the info placard onsite at the museum: “The… panels, mounted over wainscotting, alternated with large trumeau mirrors to the number of six; the panels and mirrors were separated by pilasters.  All these elements were ‘framed by borders richly ornamented with sculptures’.” 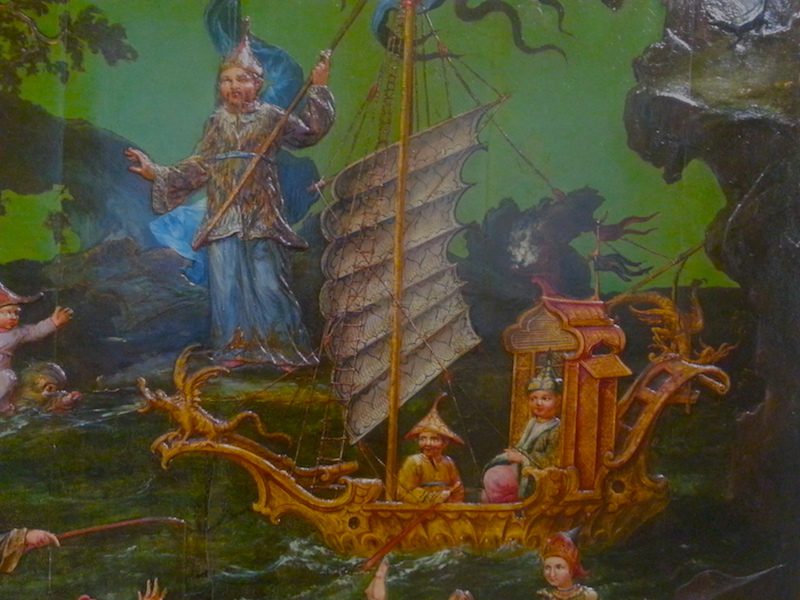 A detail from the Water panel showing a fanciful rendering of a Chinese boat.

The placard also says of the panels, which some believe to be the work of the Martin brothers, the greatest vernisseurs of their day: “Carved in light relief, then painted and partially gilded, they sought to imitate the lacquerware of the Orient.” 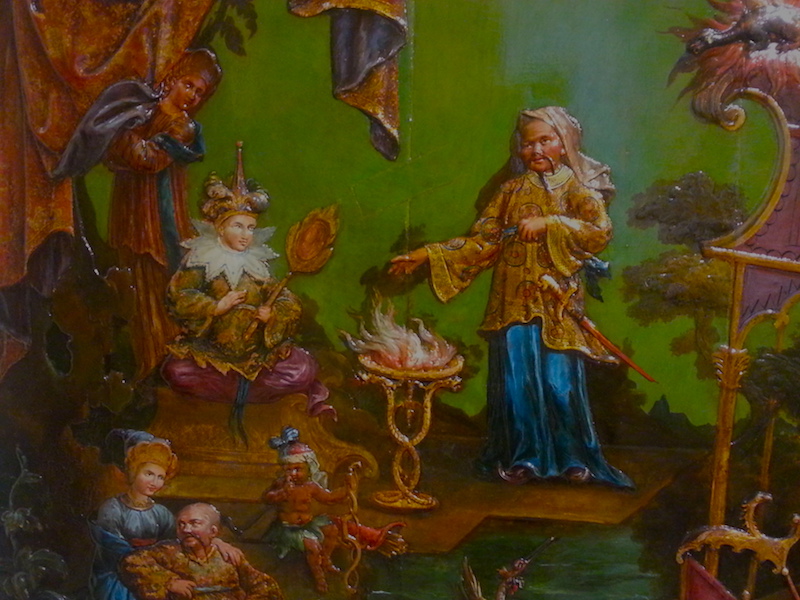 A detail from the Fire panel.

Although the costumes and scenery are fanciful, and the colours are far too polychrome, the patina of East Asian lacquerware is fairly accurately captured, I would say.  No documentary proof that the Martins executed the panels has been found, but the work is evidently of very high quality.

I’ve always loved chinoiserie, which was one of the distinguishing features of the Rococo. The popularity of the Chinese taste in the Versailles Century is a reminder of a time before the European powers’ colonial adventures in the Far East when the real China was still strong and actually admired in the West.  Translations of the Confucian classics in the late 17th century by Jesuit scholars, including notably France’s own Father Philippe Couplet, influenced Enlightenment thinkers, who praised China’s method of government.

Chinoiserie is also where my 2 interests meet.  I have an Asia-focused blog called Lotus & Persimmon, which you can visit here: http://www.lotusandpersimmon.com

There is chinoiserie from this period to be seen all over Europe.  Which is your favourite chinoiserie building or room?