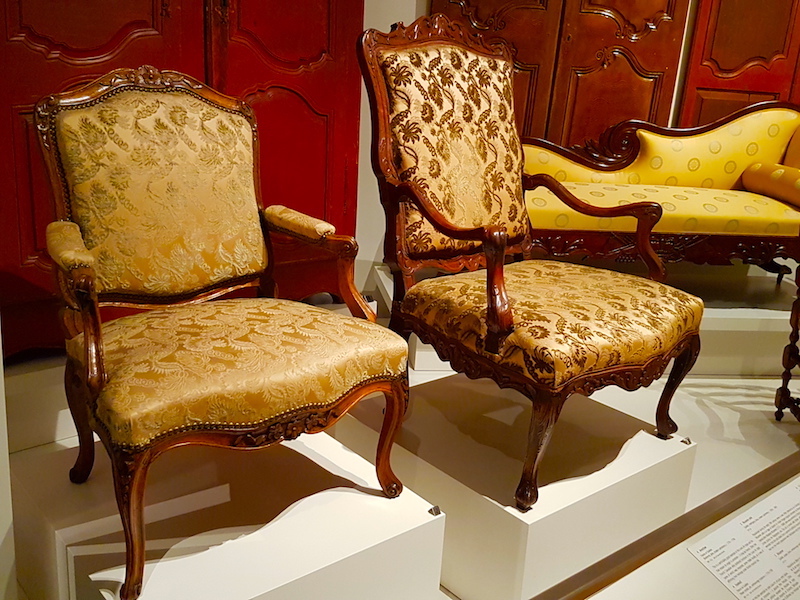 The one at left in the above picture has an oiled (ie. unpainted) butternut and pine frame.  It was gifted to the ROM by one Dorothy Burke.* 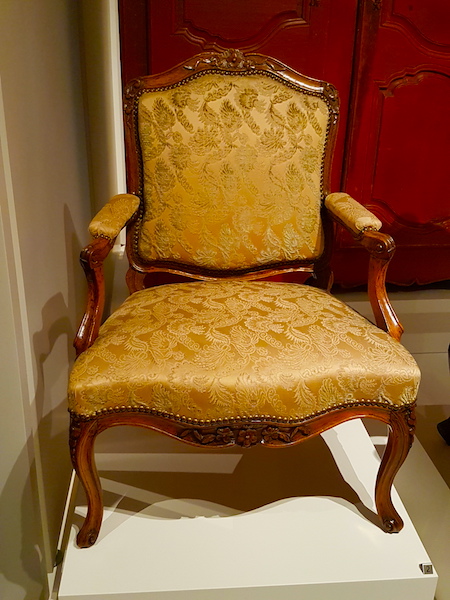 A butternut and pine fauteuil from New France in the ROM.

The catalogue explains that it is comparatively elaborate with “moulding of all surface edges, but with the back crest and shoulders and the legs carved in a rocaille fashion.”  Rocaille, a style of carving typically featuring shell motifs, is one of the hallmarks of the Rococo style associated with most of Louis XV’s reign.  The catalogue also points out that the upholstery is recent.

The other fauteuil, at right in the first picture above, is also made of oiled butternut and pine.  It was purchased directly by the ROM from an unnamed source in Montréal. 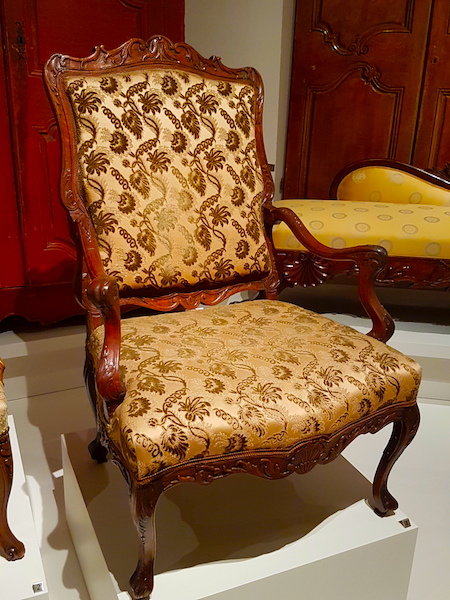 Another butternut and pine fauteuil from New France in the ROM.

The catalogue describes it thus:

“Rococo floral and scroll carving adorns all exposed surfaces of this chair except the back legs; the carving of the skirt is repeated in reverse on the back crest rail.  Hidden forged-iron brackets, with original or early additions, reinforce the joints of the front legs to the seat.  The left rear leg is a replacement, and the upholstery is late 19th century.”

Note the absence of padded armrests.  I don’t think this one would be comfortable to sit for very long, but I love its look.

*All the information in this post comes from the ROM’s catalogue of its early French Canadian holdings, Rococo to Rustique.