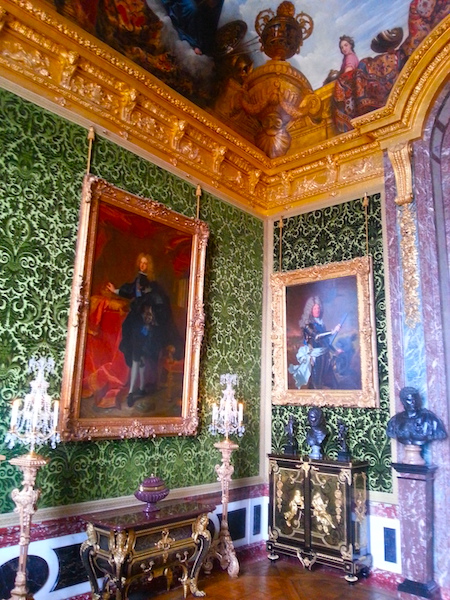 Europe, or a good part of it, might have taken Felipe’s assumption of the Spanish throne quietly if Louis had not unsettled the international mood with 2 provocative moves.  First, he issued a decree in February that Felipe V and his heirs would remain in the line of succession to the French throne.  Felipe’s elder brother had not yet had any children, so the decree had the effect of making the eventual union of the French and Spanish crowns seem plausible.  Second, Louis dispatched a French army to occupy Flanders as soon as the spring thaw set in.  Flanders, roughly modern Belgium, known in those days as the Spanish Netherlands, was a territory that Louis had previously agreed to keep out of at the end of a previous war with the United Provinces, as the Netherlands was called then.  This new occupation understandably alarmed the Dutch.  Their ruler at this time was William of Orange, who was not only Stadholder of the United Provinces, but King of England, Scotland, and Ireland, as William III, having overthrown James II in 1688.  Louis had been sheltering the deposed James and his family since their flight from England.

Tension ran high through the spring and into the summer of 1701.  The Dutch were all for war, but England was not yet ready. The final straw came in August, when the Spanish government awarded the Asiento, the contract to export African slaves to the Spanish colonies in the New World, to France.  England now considered its commercial interests and naval supremacy in the Atlantic directly threatened.  On 7 September England, Austria and the United Provinces signed the Treaty of the Hague, pledging to fight French aggression.  Even at this point, Felipe’s right to the Spanish throne was not explicitly challenged.  The signatories were more concerned to prevent the union of the French and Spanish crowns.  The Dutch wanted the French evicted from Flanders, the English wanted to dominate the Atlantic trade, and the Austrians mainly wanted the Spanish possessions in Italy.

The English were given extra impetus to fight when their deposed king, the above-mentioned James II, died on 16 September at St. Germain near Paris.  Louis XIV had loyally supported his Catholic cousin against the the Protestant William III, only agreeing to recognize William as king in 1697 after a long war.  Now, in September, 1701, he rushed to James’ bedside and promised to recognize his son as James III — which he duly did before the elder James was cold. 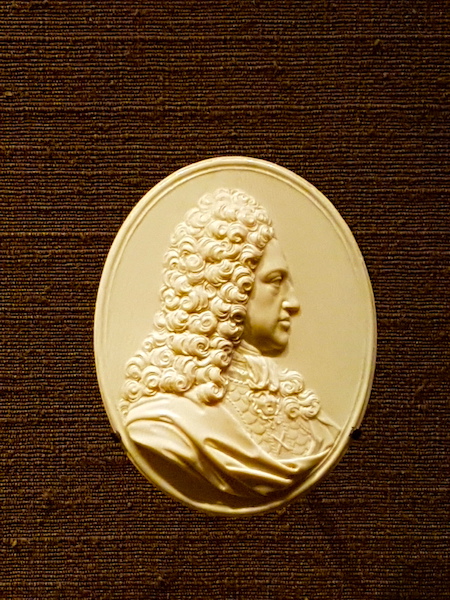 James Francis Edward Stuart, ‘James III’, in later life. This miniature portrait in ivory by Le Marchand is in the Art Gallery of Ontario in Toronto.

Meanwhile, the Emperor Leopold had already started hostilities without actually declaring war.  In May, 1701, he sent an army under Prince Eugene of Savoy to occupy the duchy of Milan.  By the time the Treaty of the Hague was signed, Eugene had not only achieved that aim, but defeated the French and Spanish armies to conquer the duchy of Mantua, too.  We will hear much more about Eugene.

Louis might have hoped that William III’s unexpected death in March, 1702, would throw the ‘Grand Alliance’, as the signatories of the Hague treaty were known, into disarray.  If he did entertain that hope, it was soon disappointed.  The new monarch, Queen Anne, under the influence of her trusted friend and lady-in-waiting, Sarah Churchill, wife of England’s greatest general, the Earl (not yet duke) of Marlborough, and with the pro-trade, anti-French Whigs holding the balance of power in parliament, was determined to prosecute the war against France and Spain.

On 15 May, 1702, the Grand Alliance formally declared war on France and Spain.  The War of the Spanish Succession was now officially underway.