I can’t resist a book shop, and especially not a secondhand one; over the last week, I’ve accumulated a small secondhand book shop haul. 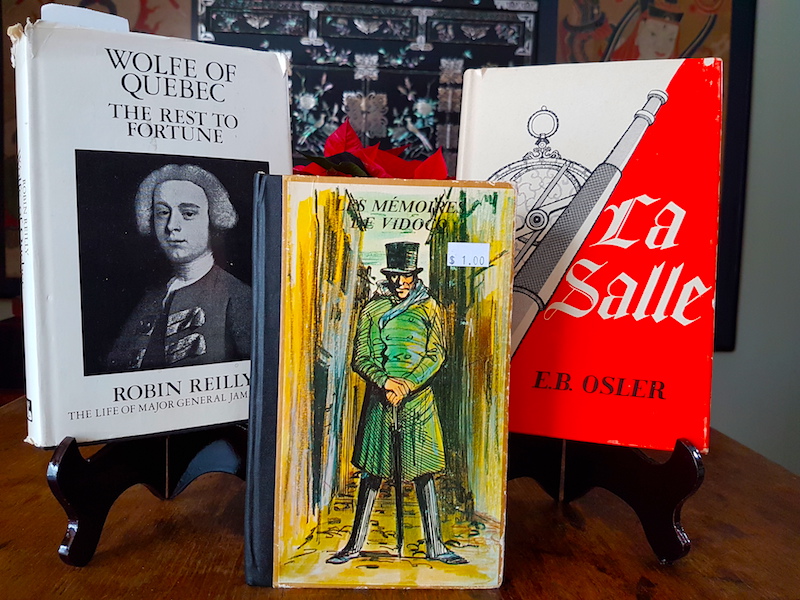 Fortunately, I’m well-supplied here in my little lakeside town of Kincardine, ON.  There’s an excellent secondhand and antiquarian book shop here called Condor Fine Books.  You can check out their website at http://www.condorfinebooks.ca .

That’s where I picked up the 2 books at the back.  The one on the left, Wolfe of Quebec: The Rest to Fortune by Robin Reilly, was first published in 1960, but this edition dates from 1973.  As the conqueror of Quebec, Wolfe looms large in Canadian history. Although I’ve been aware of him all my life, I’ve never actually read a biography of him.  That’s obviously going to change soon.  I saw a monumental painting representing Wolfe’s death at the Battle of the Plains of Abraham in 1759 at the Royal Ontario Museum (ROM) recently.  Below is a detail showing Wolfe’s death in close up. 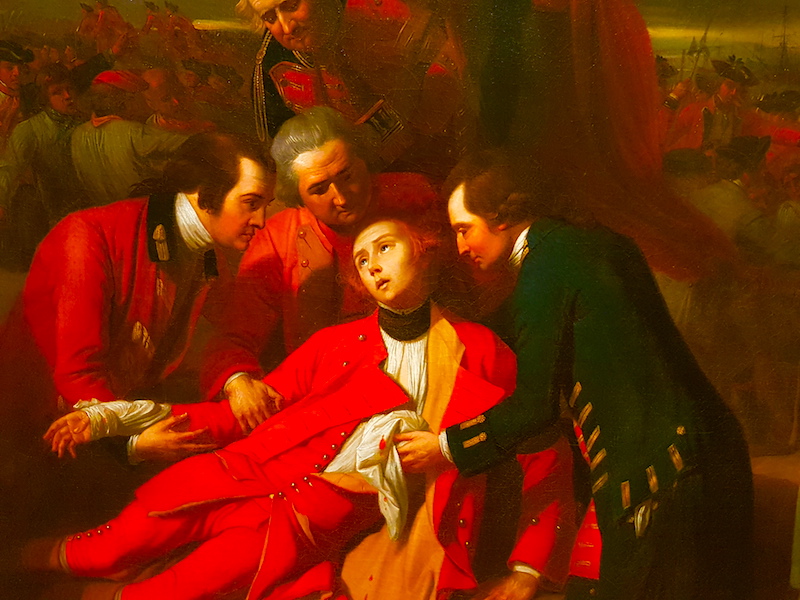 The death of Wolfe at the Battle of the Plains of Abraham in 1759. Detail from a painting in the Royal Ontario Museum (ROM).

The other book at the back in the first picture, the straightforwardly titled La Salle by one E.B. Osler, published in 1967, is a biography of the 17th century French colonist and explorer Robert de La Salle.  Born in 1643, he obtained a land grant in New France (Quebec) after serving in the Society of Jesus for a time.  His seigneury was near what’s now Montreal.  He sold it after a few years and began to explore the Great Lakes region.  Eventually, he led expeditions all the way down the Mississippi to what is now Louisiana — which he himself named for the sovereign on whose behalf he claimed the land, namely Louis XIV.  La Salle, too, is a historical character I’ve been aware of since I was a child but never actually did any in-depth reading about.

Both of these books will count as research for this blog, the better to inform you, dear readers.  I’ve been at pains from the start to emphasize that the Versailles Century didn’t just happen in Europe.  It was a globe-spanning phenomenon.  Here in Canada, the Versailles Century was quite momentous, in no small part due to the 2 men who are the subjects of the above works.  I pledge to read and report back.

The book at front and centre in the first picture above is the memoirs of the French policeman and spy Vidocq, who was active during the Napoleonic and Restoration eras, is the odd one out in this secondhand book haul.  Not only does it have nothing to do with Canada, it’s not even really about the Versailles Century.  Vidocq was born in 1775, though, so I expect the first chapter or two might have something to say about France on the eve of the Revolution.  Basically, I bought it because books in French are hard to come by where I live and it was really cheap.  I was walking down Yonge Street in Toronto this past weekend when I spotted it out of the corner of my eye on a sidewalk table.  I don’t remember the name of the shop, but I remember that it has a small French section. The book was only $1, so I thought, why not?

I hope the book lovers among VC readers enjoyed this description of my secondhand book shop haul.  Those who are waiting for the next instalment in our series on the War of the Spanish Succession, have no fear — it’s coming!  Please check back in a day or two.