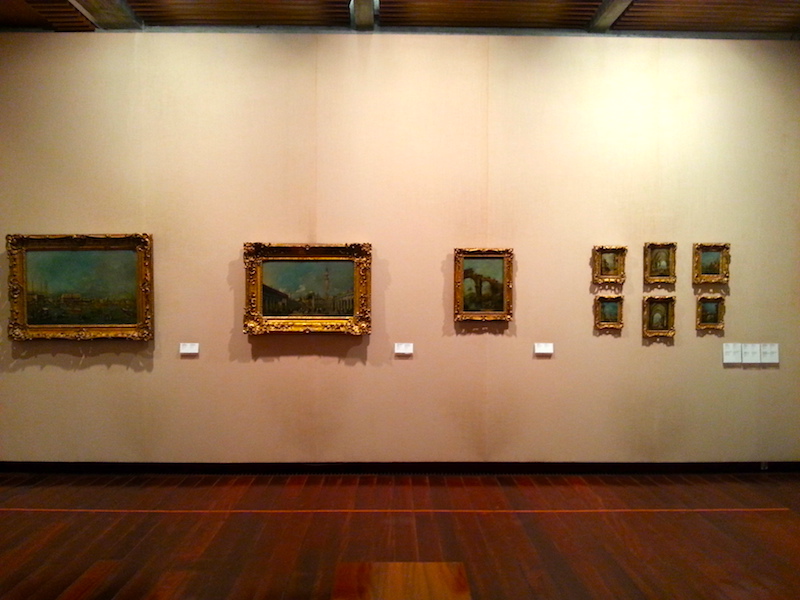 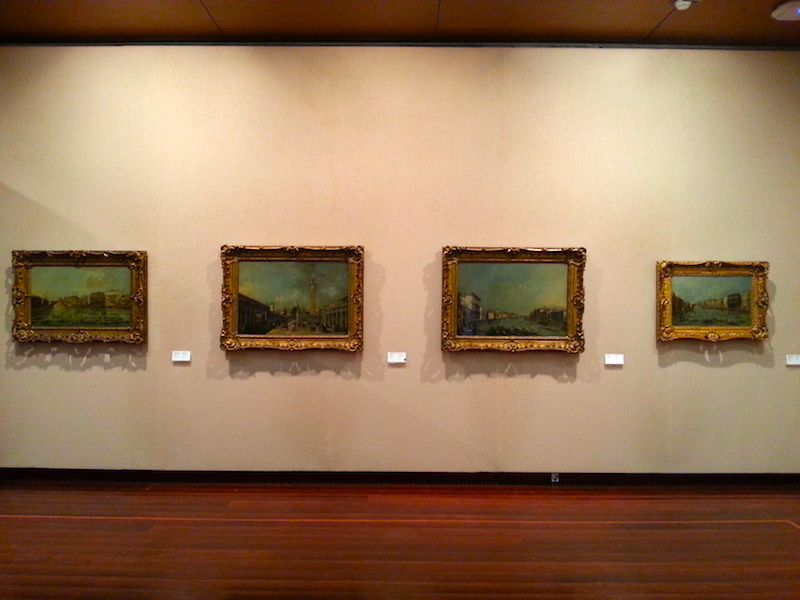 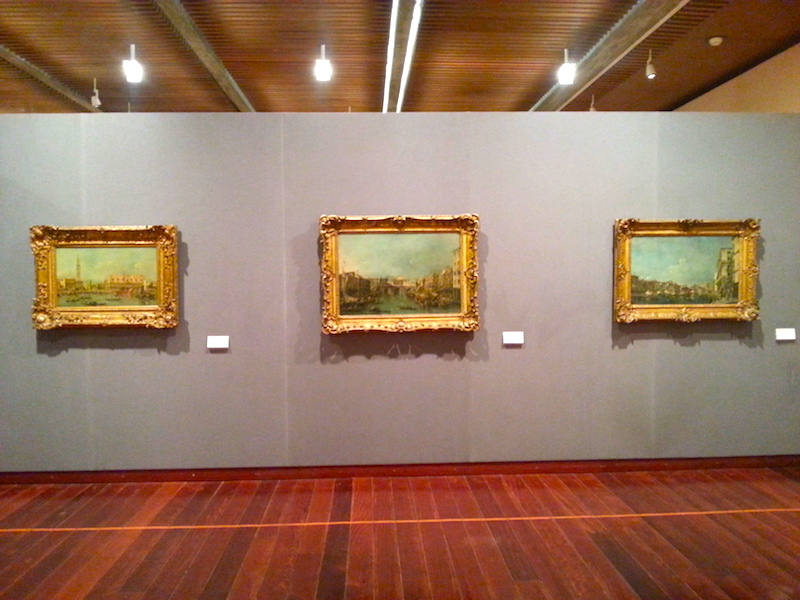 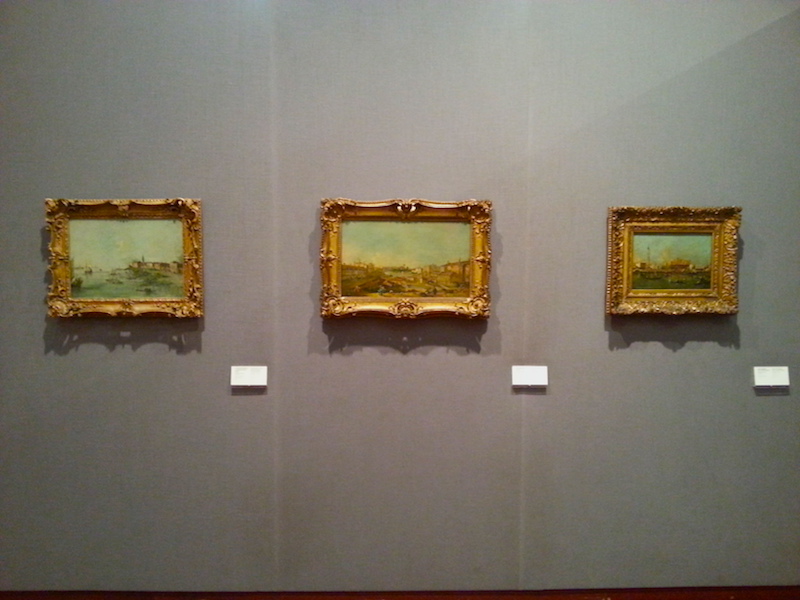 The Foundation’s creator, Calouste Gulbenkian, really had a thing for Guardi!

Mr. Gulbenkian left these works and many other treasures to his eponymous foundation on his death in 1955.  A rich Armenian oil magnate, he was grateful to Portugal, and Lisbon in particular, for giving him asylum during WWII.  A man of varied tastes, he collected 18th century French furniture, old master paintings, Chinese ceramics, Oriental carpets, and much, much else besides.

Let’s take a closer look at some of the Guardi paintings.  I photographed 3 of them in close-up.

My favourite, I think, is this view, The Feast of the Ascension in the Piazza San Marco, from circa 1775. 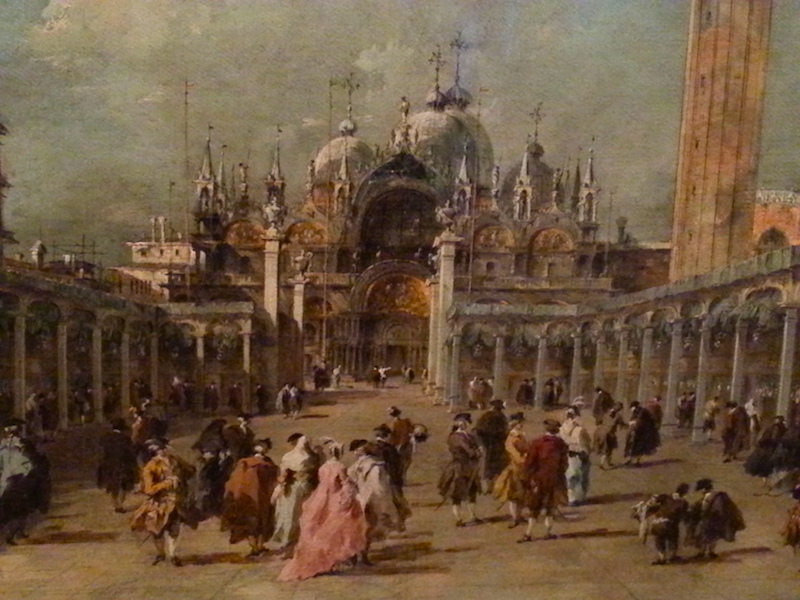 Guardi’s The Feast of the Ascension in the Piazza San Marco.

In contrast to the works of Canaletto and Bellotto, which are almost photographic in their sharpness, Guardi’s views are, you might almost say, in soft focus.

Unlike the above-mentioned painters and his brother-in-law Tiepolo, Guardi worked only in Venice.  He painted another view of San Marco, this time with the Doge’s Palace.  It was executed sometime in the 1770s. 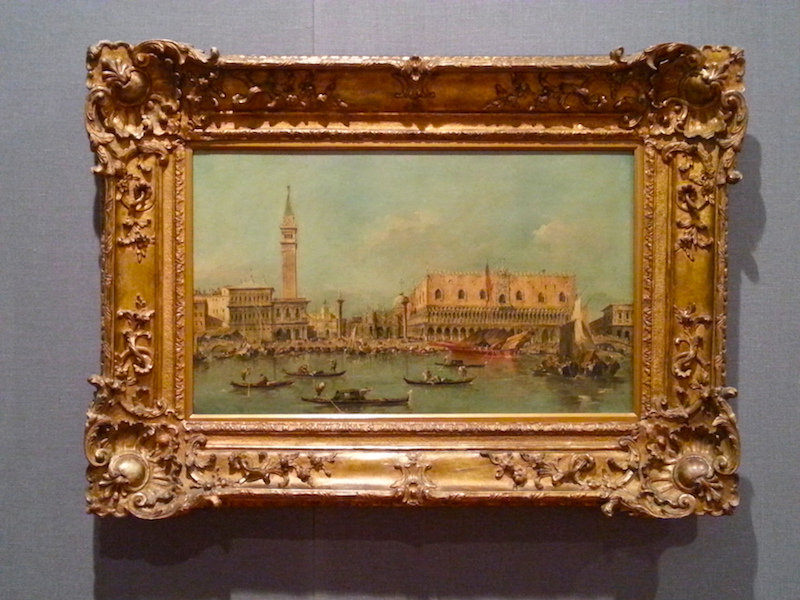 Guardi’s View of San Marco With the Doge’s Palace. 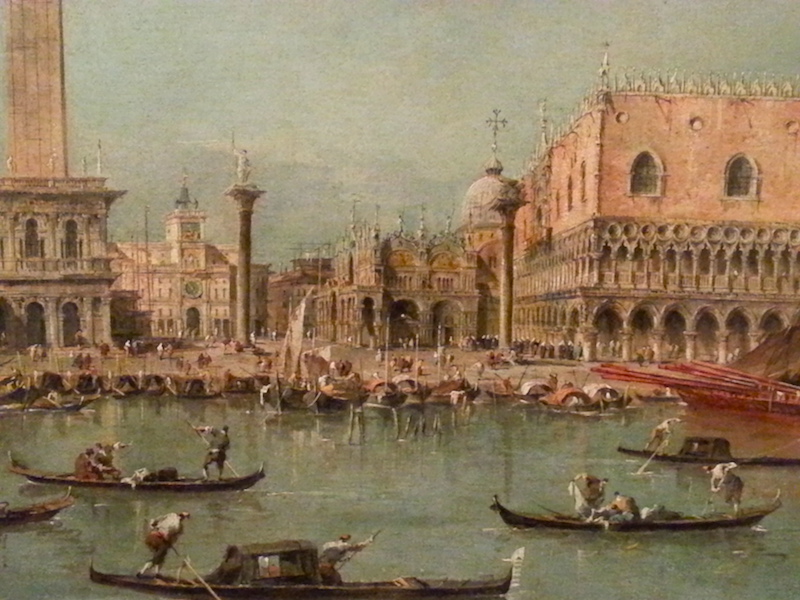 Finally, I also photographed The Giudecca Canal With St. Martha’s Church, which is also dated to the 1770s. 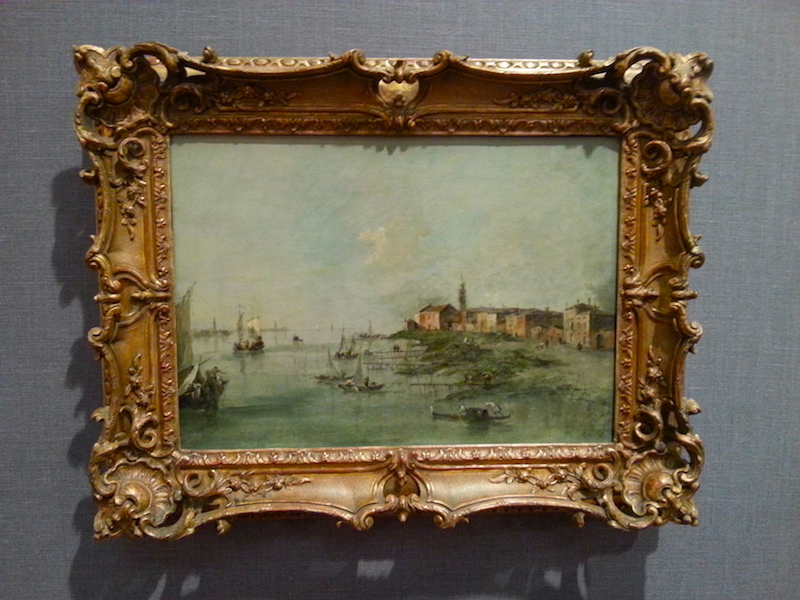 Looking at it again, maybe this one is actually my favourite.  Here’s a detail. 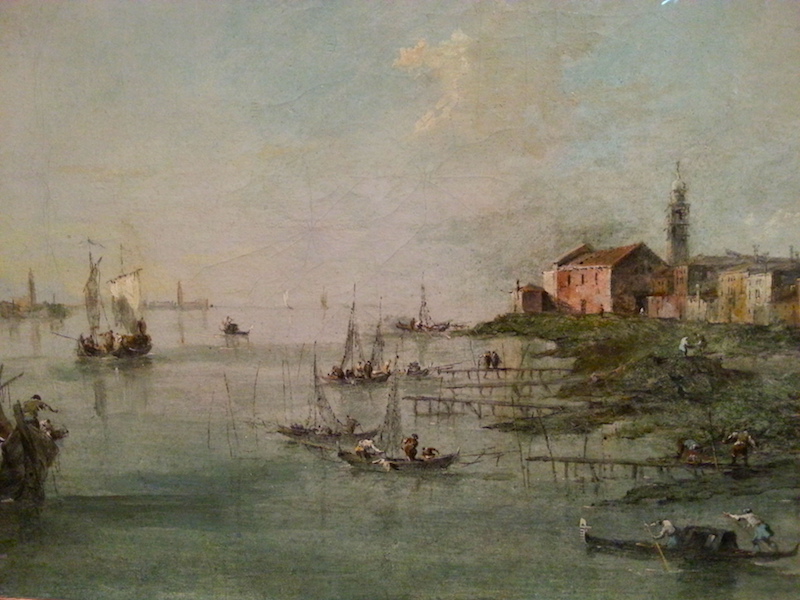 A close up view of The Giudecca Canal With St. Martha’s Church.

This scene reminds me of Turner.  One can certainly see why the Impressionists admired both Turner and Guardi.

If you’re in Lisbon, I highly recommend visiting the Gulbenkian Foundation.  Have you been already?  What were your impressions?  Please share in the comments below, on the Versailles Century Facebook page, or in our gallery on Instagram (@versailles_century).

On This Day in the Versailles Century: 12 October