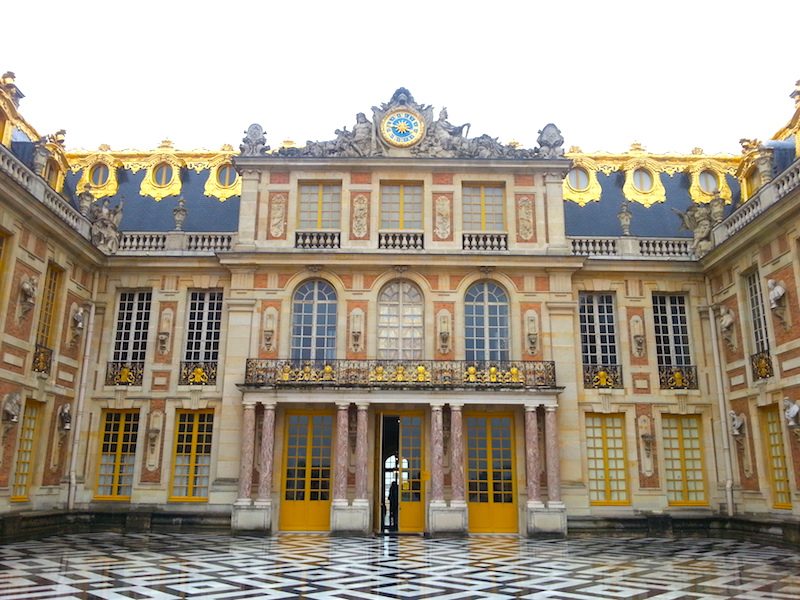 The facade around the Cour de Marbre, as well the 2 wings that projected into the adjoining Cour Royale also retained the original brickwork until the two Gabriel pavilions were built in the 18th century. 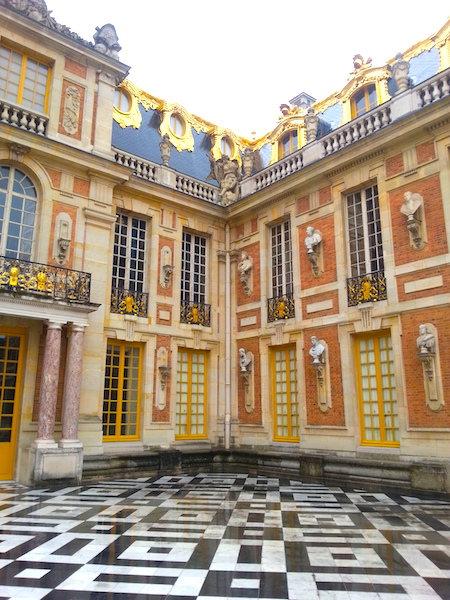 The northern corner of the Cour de Marbre at the Chateau de Versailles.

The King’s private apartments are behind the windows at upper right in the photo above. In Louis XIV’s day, they were only notionally private.  Their main function was to display the King’s personal collection of art and curiosities.  Anyone could apply for permission to see it.  It was Louis XV who created a suite of rooms for truly private use that only those lucky enough to be invited ever saw. 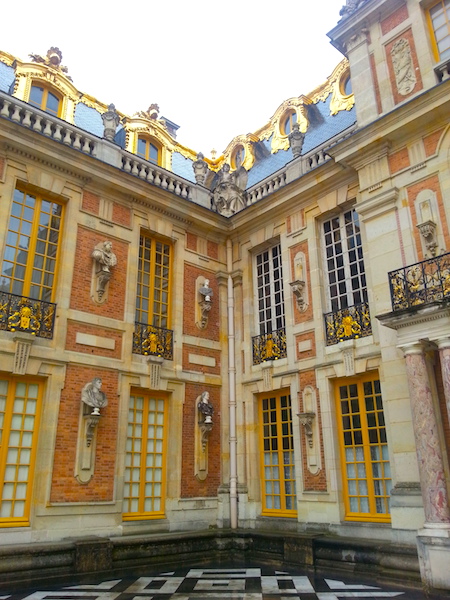 The southern corner of the Cour de Marbre at the Chateau de Versailles.

The Queen’s apartments are behind the windows at upper left in the photo above.  We see them today more or less as they were decorated for Marie-Antoinette.  The state rooms still have elements dating from the time of Louis XV’s consort, Queen Marie, but the private apartments were entirely re-decorated for Marie-Antoinette, which is how we see them now.

Behind the great balcony at the centre of the of the courtyard is the ceremonial heart of the chateau, the King’s state bedroom. 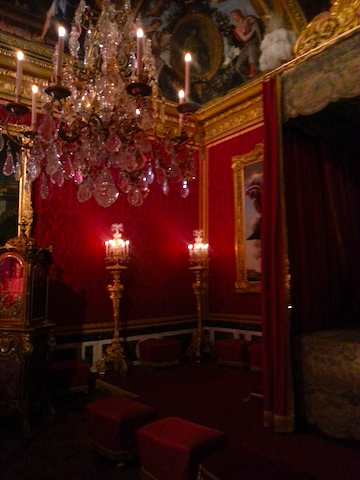 The King’s state bedroom at the Chateau de Versailles.

It was here that the daily ceremonies of the Lever (getting up) and Coucher (going to bed) were conducted.  Louis XIV actually slept here.  Louis XV did at first, but later moved to a private, warmer bedroom in the private apartments and only play acted getting up and going to bed in this room, as did his successor, Louis XVI.  I apologize for the dimness of the photo above.  The curtains were closed!

The Cour de Marbre is separated from the Cour Royale by a shallow flight of 5 steps. 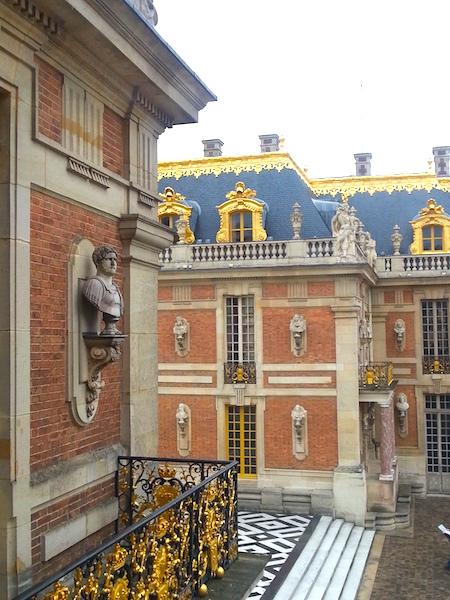 A flight of 5 steps separates the Cour de Marbre from the Cour Royale.

The most frequent explanation given for these steps is that they were to prevent people from driving their carriages into the Cour de Marbre.  Here, as everywhere else at Versailles, the famous etiquette made itself felt.  Only noblemen of a certain rank could ride on horseback or drive their carriages through the golden gate into the Cour Royale, and no one could ride or drive into the Cour de Marbre.  General access to the state rooms was through a gate on the south side of the Cour Royale via the Escalier de Marbre (Marble Staircase).

From the balcony of the King’s state bedroom, there is an unobstructed view of the Cour de Marbre, the Cour Royale, the gate, the Place d’Armes, the stables and the Avenue de Paris. 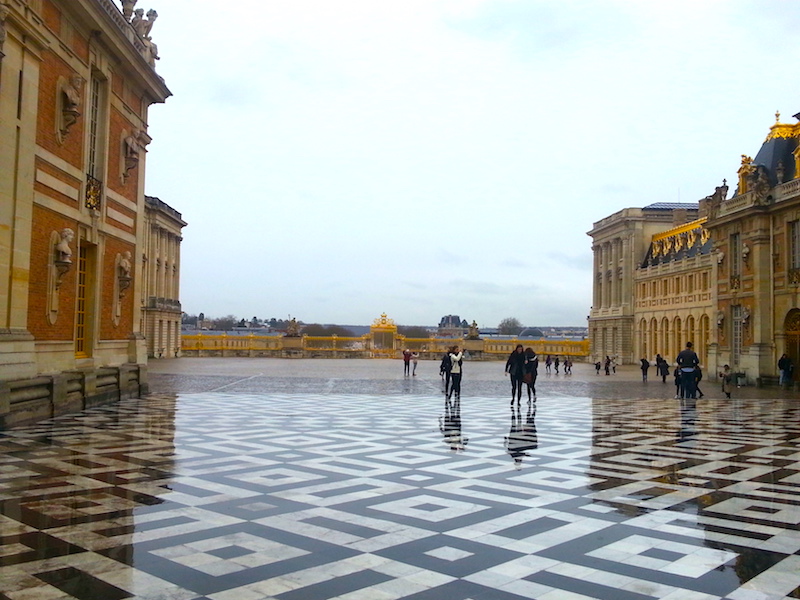 View from the Cour de Marbe into the Cour Royale at ground level on a rainy day.

What strikes me about the marble tiles is how contemporary they look with their geometric pattern.

I hope you’ve enjoyed this look at the Cour de Marbre.  Please check back regularly for more highlights from the Chateau de Versailles featuring my own photos.  If you have any questions or comments, please post them below, on the Versailles Century Facebook page, or under a relevant photo in our Instagram gallery (@versailles_century).