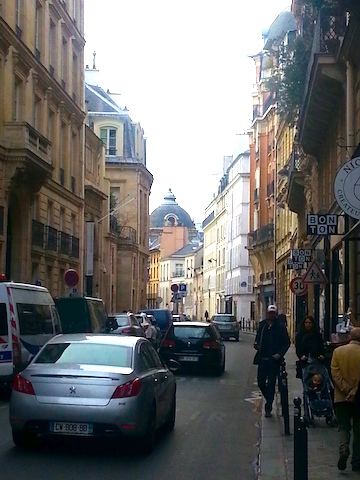 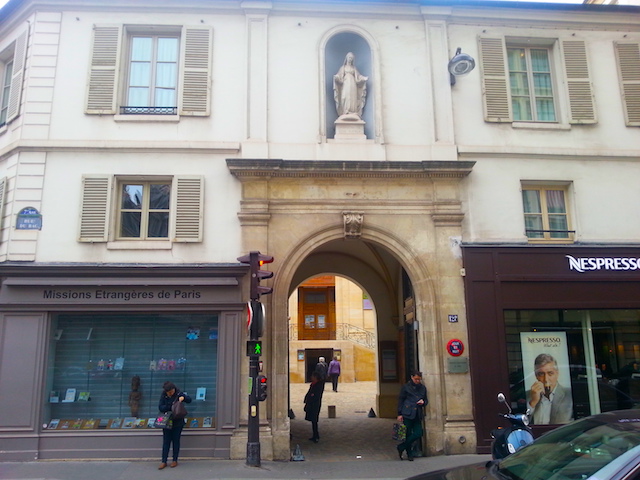 It was Spain and Portugal that began the evangelization of the Americas, Africa, and Asia, as they had been charged with the Patronato/Padroado since Alexander VI divided the newly discovered continents between them by the Treaty of Tordesillas in 1496. Essentially, the two Iberian empires had a sort of exclusive papal licence, called the Patronato in Spanish and the Padroado in Portuguese, to evangelize the world.  By the 17th century, however, when France was muscling its way to great power status and beginning to acquire an overseas empire, Cardinal Mazarin and the French church were ready to break the Iberian strangle hold on the mission field of the world.  Accordingly, the Paris Foreign Missions Society was founded under royal patronage in 1658.  The oldest buildings of the complex we see today were built in the last decades of the 17th century. 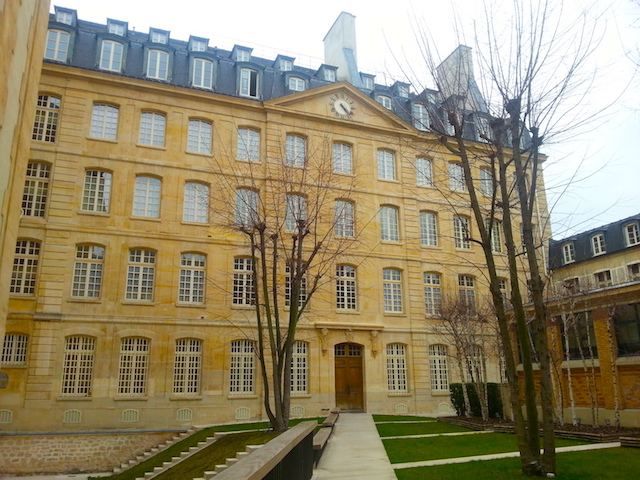 The handsome facade of the MEP seminary.

The photo above shows the seminary building, where missionaries have been trained since the founding of the organization.  Behind it there is a garden, not pictured because it’s off-limits to tourists, which is said to be the largest private garden in Paris.

The photo below shows the entrance of the chapel.  The banners clearly indicate the MEP’s areas of interest.  The chapel was constructed between 1683 and 1697.  Legend has it that an image of Louis XIV was laid in the foundation. 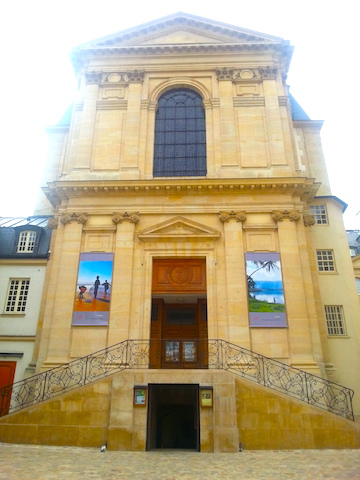 There is a large and airy sanctuary behind the upper door.  It’s so plain it’s almost Protestant, but that perhaps indicates that the organization’s energy and funds went into its mission rather than into embellishing its church. 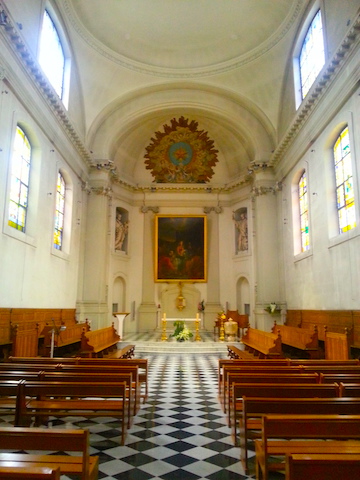 The nobly proportioned chapel of the MEP.

The lower door in the previous photo leads to the former crypt, which is now a museum dedicated to the work and martyrdom of MEP missionaries, principally in Vietnam and Korea.  I wrote a post about the Korean hall of martyrs on my Asia-focused blog, Lotus & Persimmon, which you can read here: http://lotusandpersimmon.com/lpshop/blog/18_the-hall-of-martyrs.html

The museum, which is free, also features many interesting exhibits relating to the missionaries’ work in the field. 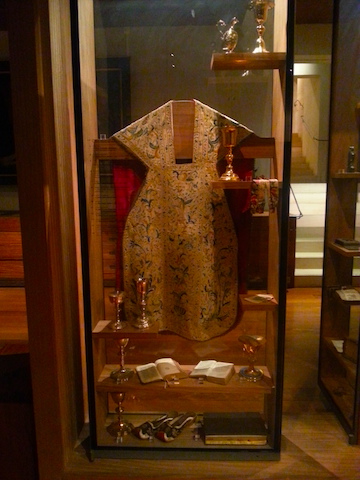 Vestments once used by MEP priests in the mission field.

Although the exhibits here focus here on the martyrs of Vietnam and Korea, the MEP was also active in China, Japan, Thailand and other places.  This helpful map pinpoints the many mission stations of the MEP in Asia. 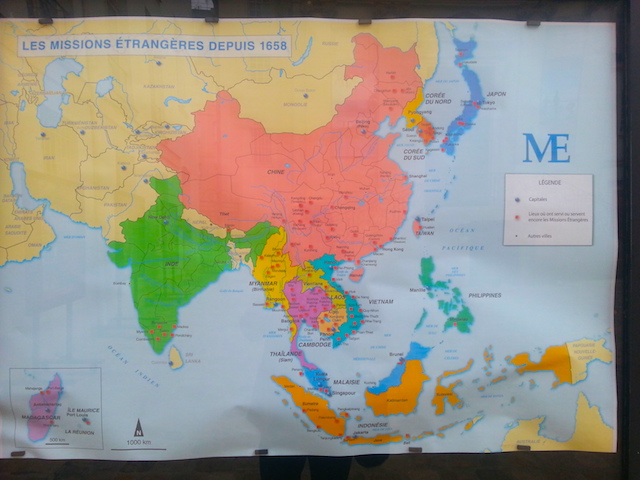 Map of MEP mission stations in East and Southeast Asia.

In the Versailles Century (1682-1789), the MEP had not yet reached northeast Asia.  The first serious French intervention in Southeast Asia was the attempted conversion of King Narai of Siam, now Thailand, in the 1680s, a debacle which ended in the King’s deposition, the execution of the French ally Constantine Phaulkon, Narai’s prime minister, and the end of French influence in the region for another 150 years.  We will have much more to say about this adventure in future posts.

The MEP was permitted to remain in Siam after the French diplomats and soldiers left in 1688.  It went about its missionary work in Siam and elsewhere in mainland Southeast Asia, eventually undertaking the evangelization of Vietnam towards the end of the period. Meanwhile, in Canada, the MEP undertook the evangelization of New France after it became a crown colony, founding the institution that eventually became Laval University.

The photo below shows the MEP complex in the Rue du Bac in the 18th century. 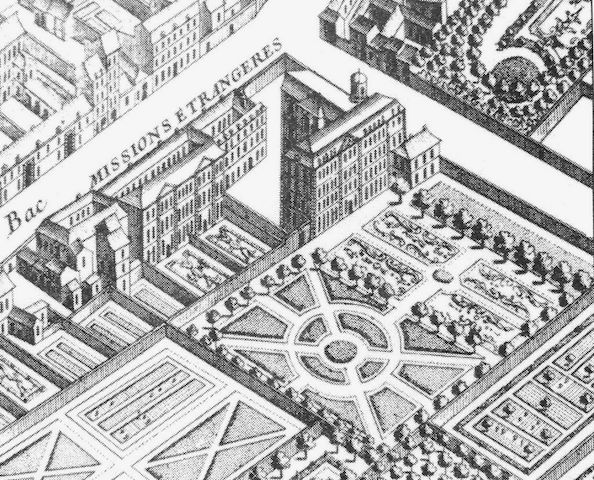 A detail from a 1739 map of Paris by Turgot showing the MEP complex. Credit: Wikipedia.

If you are in Paris, or going there, I highly recommend taking a stroll down the Rue du Bac to the MEP headquarters.  I leave you with another image of the scenery in the street. 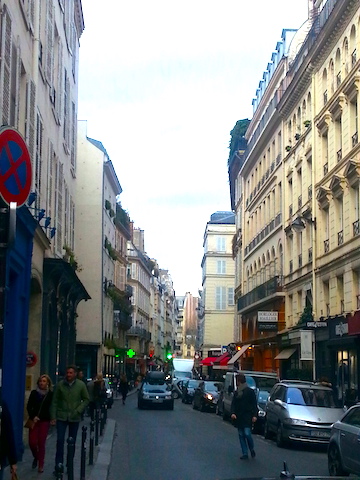