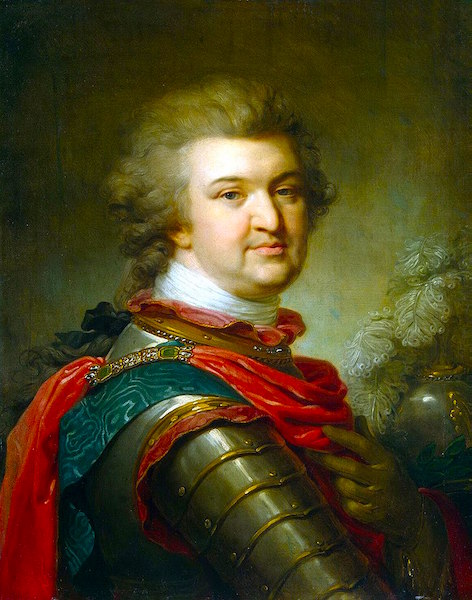 It wasn’t until 1774 that Catherine and the decade-younger Potemkin, who had in the meantime lost an eye but covered himself in glory during the First Russo-Turkish War, became lovers.  Catherine was completely besotted with him.  Her previous loves had been handsome men, but not quite up to her level of intellect and energy.  Potemkin was more than able to keep up with her.  After a few years, their exclusive sexual relationship ended, but they remained intimate friends — so much so, in fact, that Potemkin helped her select and manage her subsequent, ever-younger, favourites.

Potemkin was appointed Governor-General of the newly conquered southern provinces, with sweeping powers that made him virtually Catherine’s co-ruler.  He immediately set about developing the new lands.  He organized provincial administration, established towns and cities, founded educational institutions, promoted agriculture, and, most importantly, built the Black Sea fleet.  This fleet helped Russia conquer Crimea in 1783.  The ancient name for Crimea was Taurida, which was the origin of the new title that Catherine created for her dearest friend and most important advisor: Prince of Taurus.

Catherine’s biographers remain divided on the question of whether she married Potemkin.  If she did, it was done secretly.  If she didn’t, it hardly matters.  They were evidently partners in every way. 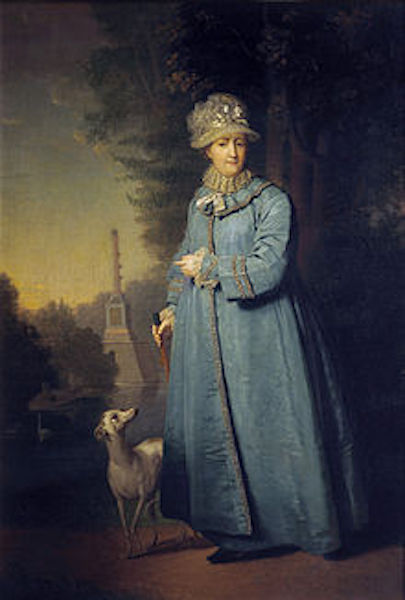 Catherine the Great a few years before her death. Credit: Wikipedia.

Potemkin died of a fever at Jassy, which is now in Romania, in 1791, having successfully integrated the new southern provinces into the Russian empire.  And the Potemkin villages?  Their number and importance has probably been exaggerated.  According to the Wikipedia article on Potemkin, historians have only been able to verify their existence in 2 locations during Catherine’s tour of the south in 1787.