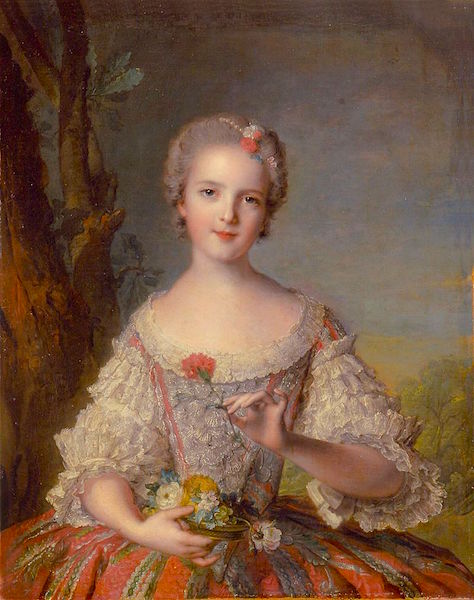 By all accounts, Mme Louise threw herself into worldly pursuits during the 1750s.  She was an enthusiastic dancer and enjoyed flirting with the young men about the Court.  There was no question of marrying any of them, of course.  Other than the eldest, Mme Élisabeth, none of the royal daughters married.  Nancy Mitford, in her classic biography of Madame de Pompadour, writes, “The magic of Versailles worked as strongly on the royal family as it did on the nobles; to leave its precincts seemed the most dreadful of fates, no crown on earth could compensate for it.  A child of France, as they were called, would never have been allowed to marry a subject.  The King went to Madame de Pompadour one day in a great rage because he thought he had noticed that a certain young man was in love with Madame Adélaïde, who, at seventeen, was exceedingly pretty.  This young man soon found himself back on his estates.”

While the “magic of Versailles” may have worked on Mme Louise in her youth, it later wore off.  She resented being under her elder sisters’ thumb and found court life dull.  In the mid-1760s, a series of deaths in the family turned her thoughts towards Eternity.  The first to go was her only brother, the Dauphin, in 1765, followed by his eldest son the Duc de Bretagne, then her grandfather, ex-King Stanislas of Poland, in 1766, then the Dauphine in 1767, and finally her mother, good Queen Marie, in 1768.  Always a devout Catholic, Louise had also been shocked by the expulsion of the Jesuits in 1764.  The arrival at court of Louis XV’s last official mistress, the Comtesse du Barry, who had been the equivalent of a high-priced courtesan in Paris, may have been the last straw. 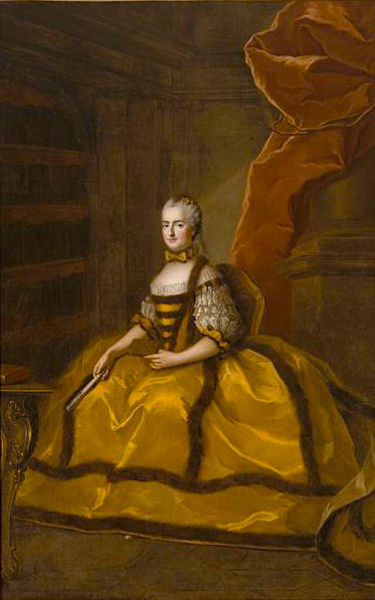 Mme Louise began to feel more and more strongly that her true calling was to devote her life to Christ.  According to the French wikipedia article about her, she began wearing a nun’s habit and practising austerities in private.  It’s not known exactly when she first requested the King’s permission to leave the Court and join a convent, but he is thought to have resisted for some time.  He finally gave his consent in early 1770.  One day in April of that year, in the dead of night, Mme Louise left Versailles forever in an ordinary coach.  Her destination was the Carmelite convent of St. Denis, near the necropolis of the French kings.  Her sisters were shocked.  In her memoirs, Mme de Boigne recounts that when Mme Adélaïde was informed that her sister had left in the night, she exclaimed, “With whom?”

The Convent of the Carmelites of St. Denis was not one of the larger or better-endowed nunneries.  The arrival of a royal novice was a considerable boost to its fortunes.  The King had given Mme Louise a sizeable dowry, and the royal presence attracted new donations.  On taking her final vows in 1771, Mme Louise adopted the religious name of Thérèse de Saint-Augustin.  She was elected prioress by her fellow nuns on three occasions, in 1773, 1776, and 1785.  Her final term was cut short by her sudden death in 1787, aged only 50. 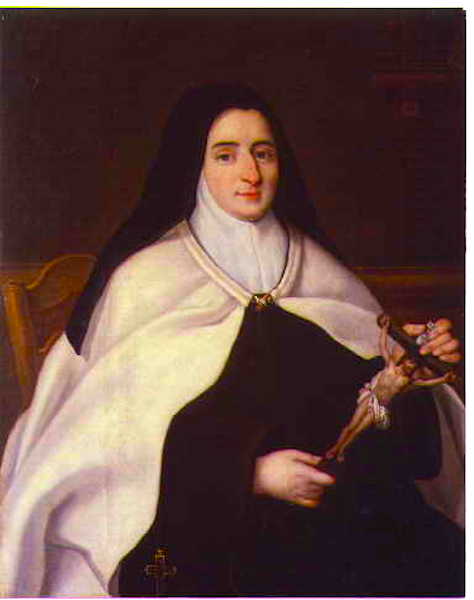 Sister Thérèse de Saint-Augustin, circa 1771, by an anonymous painter.

Fortunately for her, she missed the outbreak of the Revolution.  Her two surviving sisters, Mesdames Adelaïde and Victoire, were forced to flee to Italy, where they wandered from court to court keeping ahead of the Revolutionary armies.  They eventually died in Trieste, within a year of each other, in 1799 and 1800.

Her unique status as both a Daughter of France and a nun had given her a great deal of influence, not only in her convent, but also with her nephew, Louis XVI, and the conservative factions at Court.  Her piety was genuine, however.  Her last words were, “Au paradis! Vite! Au grand galop!” (“To Heaven! Quickly! At full speed!”).

Thérèse de Saint-Augustin was declared venerable by Pope Pius IX in 1873, and the case for her beatification is in process.