It was on this day 271 years ago that Louis XV’s mother-in-law, Catherine Opalinska, died in Nancy, then still the capital of the autonomous duchy of Lorraine.

Catherine Opalinska, Queen of Poland and Duchess of Lorraine, painted by Van Loo circa 1725; credit: Wikimedia.

Born in 1680 into the powerful Opalinsky family in Poznan, Poland, she married Stanislas Leszczynski (1677-1766) in 1698. As his consort, she was twice Queen of Poland and Grand Duchess of Lithuania. Both times they were driven off their throne and exiled.  While the first exile, during the Great Northern War (1700-1721), resulted in poverty, the second, after the War of the Polish Succession (1733-1736), led to riches and comfort, since they were given the duchy of Lorraine as compensation for the loss of their Polish crown.

Their only surviving child, Marie Leszczynska (1703-1768), married Louis XV. Through their son, the Dauphin Louis (1729-1765), Catherine was the ancestress of Louis XVI, Louis XVII, Louis XVIII, and Charles X. Like her daughter, Catherine was very pious and given to good works, thus prompting her husband to remark that his wife and daughter were the dullest princesses in Europe.  Louis XV doesn’t seem to have been especially fond of his in-laws, but he did pay for a lavish funeral mass for Catherine at Notre Dame in Paris. 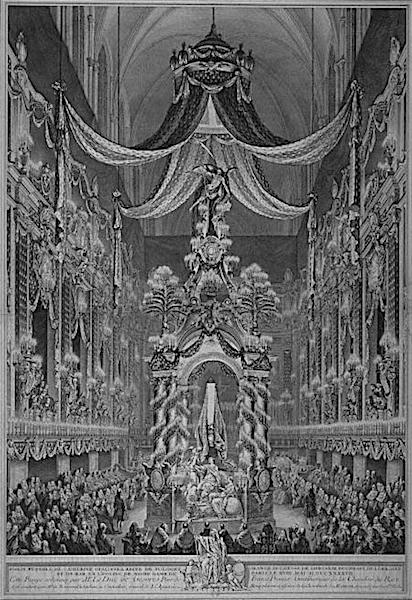 Catherine was a loyal, long-suffering wife. She stood by her husband through his shifting political fortunes, followed him through exile in half a dozen countries, shared his (relative) poverty in periods when he was crownless and landless, and tolerated his mistresses.