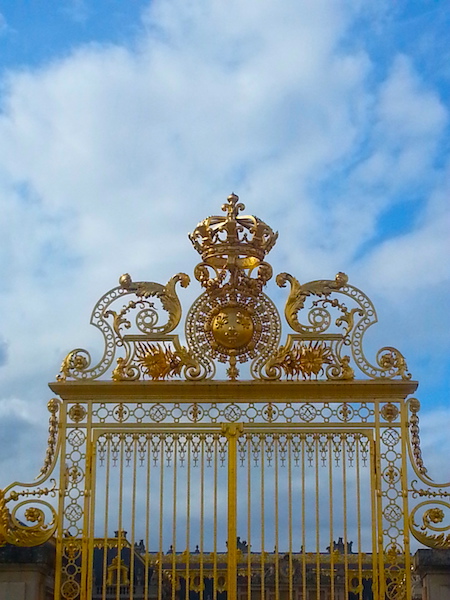 The golden gate seen in close up from the Place d’Armes.

The mob was eventually calmed by the appearance of the royal family on the balcony of the King’s state bedroom, but Louis was constrained to agree that he and his family should be removed to the Tuileries, the pre-Versailles home of the French kings at the Louvre in Paris. 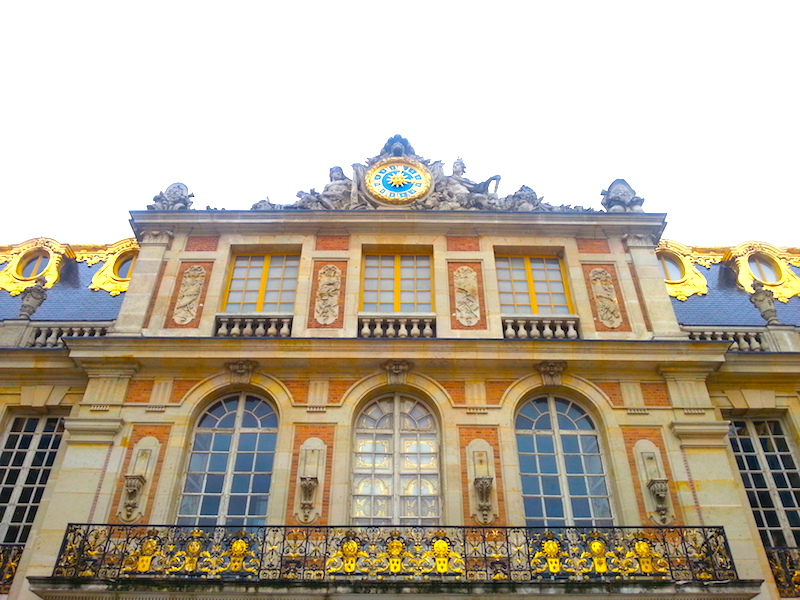 The balcony of the King’s state bedroom seen from below.

In the royal carriage in the small hours of 6 October: the King, the Queen, their son the Dauphin, their daughter Madame Royale, and Madame, the King’s sister.  All but one of them would eventually be killed in Paris. Madame Royale survived imprisonment in the Temple and was eventually exchanged for Austrian prisoners of war by the Directory.

The gate itself was dismantled.  Looking into the matter, I was surprised to discover that it was replaced by a shiny new replica as recently as 2008.  Read a report in the Telegraph here: http://www.telegraph.co.uk/news/worldnews/europe/france/2228807/Palace-of-Versailles-golden-gate-restored.html

Could the Marquis de Lafayette, hero of the American revolution, who pledged himself to the family’s safety as commander of the National Guard, have done more to protect them?  Let me know your thoughts in the comments. 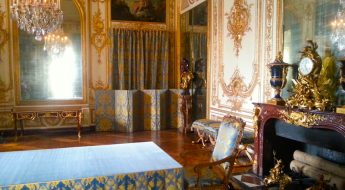 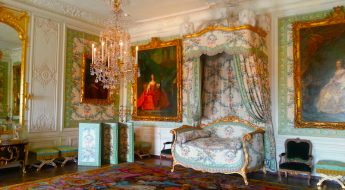 A Childhood at Versailles, Part 2.8