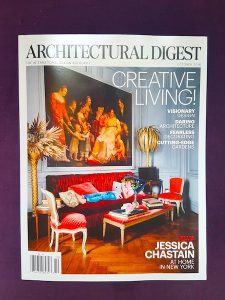 The article features no less than three 2-page panoramic photo spreads of the chateau and its grounds, plus a number of beautifully preserved Versailles Century interiors. 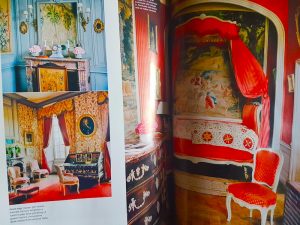 Someday before I leave this planet, I will have a canopied bed in an alcove like the one in the picture above.  I may have to take the doors off a closet, stuff in a sleigh bed, and jerry rig a canopy with curtain rods, but it’s going to happen.

This feature alone will make the October issue a worthwhile news stand purchase for Versailles Century readers who are not AD subscribers, as indeed I am not.  Full disclosure: I only bought the magazine regularly while Margaret Russell was editor-in-chief. 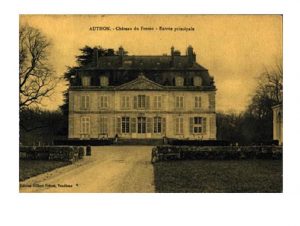 A vintage postcard of the Chateau du Fresne from Wiki Commons.

Interesting side note: The article mentions that the chateau has come down to Flore de Brantes from her grandfather, the 2nd Marquis de Brantes, who purchased it in 1904. That pricked up my ears.  The SECOND marquis? In 1904?  More than 30 years after the fall of the 2nd Empire, 50 years after the fall of the July Monarchy, and 70 years after the abdication of Charles X?  A quick search on French wikipedia reveals that Leo XIII had conferred a papal marquisate on Mme de Brantes’ great-grandfather in 1898.  The wiki article further explains that great-grandpa’s wife was a distant kinswoman of the family that had held the then-extinct marquisate of Brantes before the Revolution.  Titles aren’t always ancient! 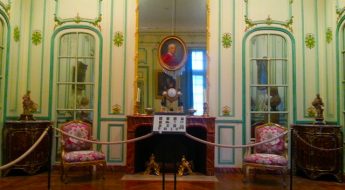 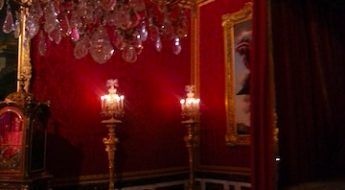