The years 1707 to 1709 were the most terrible of this war that had already gone on longer than anyone could have imagined.  Flanders was in ruins, the Palatinate and Bavaria ravaged (which caused great grief at Versailles, Louis’ son and brother having married Bavarian and Palatine princesses), northern Italy in disorder, and Spain a battleground for the first time since the war began.

France itself, once the richest and most prosperous kingdom in Europe, was in a dire state.  Contemporary accounts speak of beggars roaming the streets and villages bereft of young men.  Revolts broke out in several provinces, and, in a foreshadowing of events 8 decades later, mobs of angry and starving peasants attacked the châteaux of the rich. As in 1789, a mob even set out from Paris heading for Versailles.  The difference between Louis XIV in 1707 and Louis XVI in 1789, however, was that Louis XIV did not hesitate to send troops to intercept the mob and turn it back.

The great golden gate of Versailles, seen from inside the palace’s courtyard, which the mob never reached in 1707, unlike in 1789.

The finances of the French state were so insecure that the Marquis de Vauban, the father of modern military science, proposed to the King that a universal income tax of 3-5% should be imposed.  The King vetoed the proposal.  To my knowledge, this is the first mention of such a tax in modern European history.

Somehow, though, Louis managed to scrape together and equip another army.  Just in time, too, because a combined Austrian and Savoyard force joined with an English fleet in attacking Toulon on France’s Mediterranean coast in a bid to cut off French grain supplies from North Africa.  The French managed to fend them off, but beautiful Provence was ruined.

At the beginning of the fighting season in 1708, the allies were preparing a major offensive in Flanders with the objective of striking at Paris.  Louis XIV mustered yet another army and sent it off under the nominal command of his grandson the Duc de Bourgogne (the elder brother of Felipe V; see Parts I and II), but under the actual command of the Duc de Vendôme.  This general, by now in his fifties, was one of the most colourful characters of the age.  He was actually Louis XIV’s cousin as a descendant of Henri IV of France by his mistress Gabrielle d’Entrées.  Enormously rich and enormously ugly, he was one of the few open homosexuals of the era.  Louis XIV, not fond of sodomites despite his brother Monsieur‘s proclivities, overlooked Vendôme’s promiscuity out of respect for his generalship.  He was indeed a very capable general with long experience, but he had a fatal flaw as a leader: he tended to get carried away in battle and throw himself into the fray, thus neglecting to give tactical and strategic direction.  The partnership of this dirty old man with the rather priggish young Duc de Bourgogne, whom Nancy Mitford in her book The Sun King likens to a Victorian clergyman, was doomed to failure. 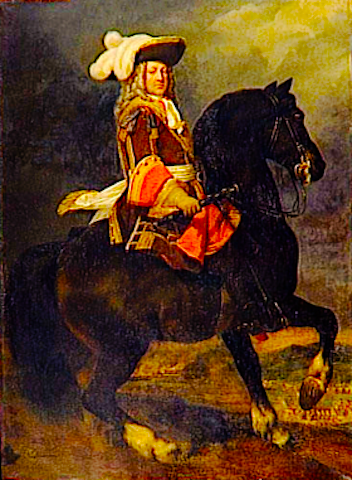 The Duc de Vendôme in 1706 by Murat. Credit: Wikipedia.

The campaign was a disaster.  Vendôme and the young prince, a novice at soldiering, were at loggerheads throughout.  They encountered Marlborough and Prince Eugene, the greatest generals of the war, at Oudenarde on 11 July, 1708.  Unsurprisingly, the bickering French generals lost the battle and blamed each other for the loss.  Fortunately for France, they were recalled to Versailles and other generals detained the allies at the siege of Lille for the remainder of the fighting season.

The winter of 1708-1709 was the coldest one that has been recorded in the last 500 years.  It was so cold that farm animals died in their barns and trees in their orchards. Even Venice’s famous lagoon froze over, an unheard of occurrence.  France was particularly hard hit.  Louis XIV’s sister-in-law, the Duchesse d’Orleans, in the relative comfort of Versailles, wrote that she could hardly hold her pen for the cold despite sitting next to a fire.  In England it was called The Great Frost.  Famine followed in the spring and hampered the planting of new crops. 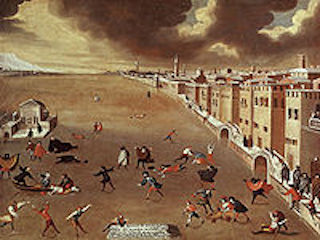 Skaters on the Venetian lagoon in a contemporary painting by Gabriele Bella. Credit: Wikipedia.

Louis felt that France could not go on with the war.    In May, 1709, he sent his diplomats to the Hague to propose another peace.  He offered to cede all of the Spanish dominions to the allies, to give Newfoundland to the English, and to cease all support for the Jacobites.  The allies replied that the terms were acceptable as long as Louis, at his own expense, agreed to drive his grandson Felipe out of Spain if he did not voluntarily vacate it at the end of 2 months.  They knew, of course, that such terms would not be acceptable.  Louis remarked that if he had to fight, he’d rather do it against his enemies than his grandchildren.  For the first time ever, Louis appealed to the patriotism of his subjects and had the Grand Alliance’s proposed peace terms nailed to the doors of churches all over France.  Despite their misery, the people gave up their remaining sons to the recruiters and the war went on.

Once again a French army, this time under Maréchal de Villars, met an Anglo-Dutch army under Marlborough in Flanders.   The Battle of Malplaquet on 11 September, 1709, was Marlborough’s last great victory over the French.  The French lost 22,000 men on their home soil, Malplaquet being on the French side of the Flemish border.  It seemed that France was now well and truly finished. 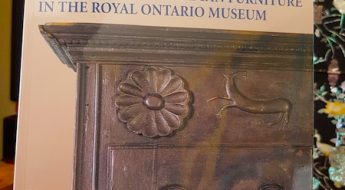 « Previous post
The War of the Spanish Succession, Part 6
Next post »
Happy New Year (and What’s Ahead in 2017)