A Novella of the 18th Century, Chapter 12 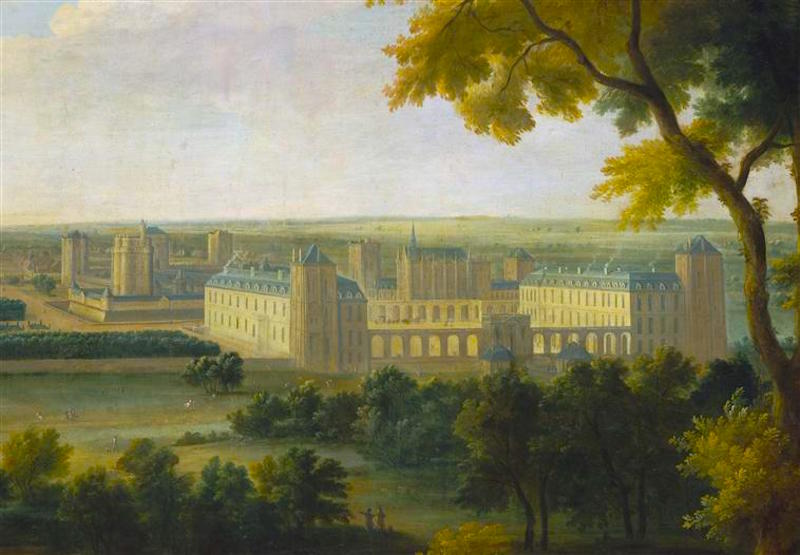 In Chapter 12, Henri meets with an accident…

A Race Meeting at Vincennes

The end of the autumn saw M and Mme de Saveuse installed at the Hôtel d’Aubemer, and Lionel in the fulness of his glory, having manoeuvred his interests and pleasures to the fore.  Gudule, having been presented at court by her aunt,1 had obtained a great success there, and everyone who anointed her that winter’s most brilliant star in the fashionable firmament attracted some of the hatred that the Princesse de Montford bore her.  Princesse Simon nonetheless made conspicuous advances to Mme de Saveuse, which were rejected with a cold politeness that was attributed to jealousy over Lionel.  The Maréchale was convinced of it and sought to distract her niece by surrounding her with attention and pleasures.  She hoped to have succeeded up to a certain point, for Gudule once again adopted that serene gaiety and gentle equanimity that seemed to have abandoned her for a time.  D’Estouteville, taking advantage of the new liaison so loudly publicized by Princesse Simon, had broken with her while at the same time keeping up appearances as expected of a well-bred gentleman; he still frequented the Duchesse de Montford’s salon, where he was perfectly polite to her daughter-in-law, but did not set foot in her house and no longer answered her letters.  Lionel was very cast down by all this; well-versed in the sacred texts of gallantry, he knew that he should be full of regard for the supplanted lover now that he was no longer in the lists with him, but no more than Prince Simon did Henri give him the opportunity to put theory into practice, and he treated him with precisely the same familiar condescension as before his great success, not giving him any occasion to play the new role for which he had so diligently prepared.

Even before it had been quite noticed, Mme de Saveuse had divined the rupture between M d’Estouteville and the Princesse de Montford.  She was very consciously pleased for him, and a bit more shamefacedly pleased to see a setback for the Princesse de Montford, whom it was her duty not to like.  As for herself, she of course had no personal stake in the matter, and poor Gudule was even rather pleased with herself and the victory she had won over her own heart when she noticed in the course of the winter that her animadversion towards the Princesse had been allayed a good deal.  There was no longer any question of returning to Limousin, and Comtesse Lionel, encouraged by her mother, resigned herself to her sojourn in Paris.

END_OF_DOCUMENT_TOKEN_TO_BE_REPLACED

Continue reading
May 5, 2017by David Gemeinhardt