The chapters are quite lengthy, so I’ve broken each one into several parts. In Part 5.1, the author recounts her family’s sojourn in Rome after their flight from Paris.  While living in the Eternal City, they met many interesting people, including the last Stuart, Henry Cardinal York.

I shall quickly pass over our stay in Italy.  I have but a slight memory of it; I only remember hearing talk about the tiffs at Mesdames’ little court, which, even then, seemed to me to be of an extreme ridiculousness.  The quarrels of the two chief ladies-in-waiting were pushed to the point of dividing the small number of French people then at Rome.  One was either of the Narbonne party or the Chastellux party, and cordially detested one another.

My parent’s attitude was decided by the honour that my mother had of belonging to Madame Adélaïde, which the Chastelluxes recognized, and they remained on good terms.  The Chastellux children were on intimate terms with me, as well as Louise de Narbonne, the duchess’s grand daughter.  All the same, in order not to create jealousy, we were all equally excluded from the princesses’ presence.

I did not see Madame Adélaïde even three times during our stay in Rome.  In truth, I was past the age at which one amuses oneself with a child as with a lapdog.  Despite the domestic quarrels of which they were both witnesses and victims, their entourages never managed to drive a wedge between the two elderly princesses.  They died within days of one another, having always lived in the tenderest unity.  Madame Victoire had a great admiration for her sister, who returned it affectionately.

My mother’s feeble health usually kept her at home.  Every evening a few people gather there, among which the most assiduous were the prelates Caraffa, Albani, and Consalvi, and finally the Abbé Maury, who was then the Coryphaeus of the royalist party.  All of these people were witty and distinguished.  I developed a taste for their conversation.  I was very spoiled by them, principally by the Abbé Maury and the prelate Consalvi.

The Abbé Maury, exposed to all the Roman hatreds and the intrigues that were keeping him from the purple to which Pope Pius VII’s favour was calling him, and constantly giving them a hold over him with his improprieties, had a rough novitiate.  He used to come to tell his troubles to my mother; she would console and encourage, while also scolding him.  The pope named him Archbishop of Nicaea, and send him as nuncio to the coronation of the Emperor Leopold,24 which assured him the red beretta.

On his return, he confirmed me, and on that occasion he gave me a very beautiful topaz of which the Emperor had made him a present along with several other precious stones. Having since witnessed his fabulously excessive avarice, I cannot conceive how he was able to part with this jewel.  Perhaps that passion had not yet reached the state of development at which we knew it later.

Mgr Consalvi had a European reputation; I will speak of him again later.

Cardinal York, the last scion of the unfortunate Stuarts, lived in Rome.  My mother was the grand daughter of his father’s governor; on these grounds, he welcomed her with extreme benevolence.

He invited her to come to him at Frascati in the summer, and in the winter he insisted that she and my father went frequently to dine with him.

He was to be found in a large, sparsely furnished palace with nary a fire lit anywhere, a cowl on his head, two greatcoats on his body, his feet on a foot-warmer, and his hands in a muff.  His guests would gladly have adopted the same costume, for it was freezing.  Out of an excess of benevolence towards my mother, he had a few pieces of wood lit four rooms away, and he let it be understood that his respiration was affected even at that distance.  Note that he had live coals under his feet.  However, it is necessary to conserve something of royalty, even if only a mania.  His servants called him ‘Your Majesty.’  Of a more elevated status, his regular guests avoided any direct address, which the third person in Italian makes much easier.  He only spoke that language and a little English that was so bad one could hardly understand him, which displeased him extremely.

All his tenderness was centred on Consalvi, whom he treated like a son. He could not do for a moment without ‘Ercole,’ whom he called thus in every instance, and poor ‘Ercole’ was often annoyed by it.

The Cardinal was then furious with his sister-in-law, the Countess of Albany, who had accepted a pension from the court at London. He spoke of it with great, wounded royal dignity.  He later had recourse to English munificence himself.  It is quite true that in revolutionary times it is rather difficult to know in advance what one might be led to do.  At that time, the cardinal believed in good faith that he would rather die than see himself on the list of English pensioners, and yet he later solicited a place on it.

I remember an adventure that made some noise in Rome.  Mr. Wilbraham Bootle, a young Englishman, distinguished by his social position, his appearance, and his wit, and the possessor of an immense fortune, fell in love with a Miss Taylor, who was pretty, but had no other advantage to bring to a husband.  Nevertheless, Mr. Bootle aspired to that title and easily obtained her consent.  The wedding day was fixed.  At a grand dinner at Lord Camelford’s, there was table talk about an ascent to the cross on top of St. Peter’s that had been made that morning.   The way from the edge of the dome to the cross was on the exterior.  Mr. Bootle said that he suffered from vertigo, that he could never undertake such an enterprise, and that nothing in the world could make him try.

“Nothing in the world?” said Miss Taylor.

“You would not ask me to do a thing for which I have already expressed my repugnance.”

Mr. Bootle tried to pass this off as a joke, but Miss Taylor insisted, despite Lord Camelford’s efforts.

The whole company agreed to meet the day after next at St. Peter’s to observe the test that had been imposed on the young man.  He completed it with a great deal of calmness and self-possession.  When he came back down, the triumphant beauty advanced towards him with her hand outstretched; he took it, kissed it, and said: “Miss Taylor, I have obeyed the whim of a charming person.  Now, permit me in turn to offer you some advice: when you wish to hold on to power, do not abuse it.  I wish you every prosperity; I bid you adieu.”

His carriage was waiting in St. Peter’s square; he got into it and left Rome.  Miss Taylor had leisure to regret her foolish demand.  Ten years later, I saw her still unmarried.  I do not know what has become of her since.

I frequently saw Mme Lebrun,25 or rather her daughter.  She was one of my playmates.  Mme Lebrun, a very good person, was still very pretty, and still rather silly. She had a great talent, and possessed to excess all the little affectations to which her double status as an artist and a pretty woman entitled her.  If the term petite maîtresse had not become as vulgar as the behaviour imputed to it, one could apply it to her.

Cardinal Carandini, Consalvi’s uncle, had a little house at Albano that he lent to my mother and where we spent two summers.  I have only a slight recollection of that ravishing countryside, but a very vivid one of the pleasure that I took in riding on the gardener’s donkey.

Around the beginning of 1792, Sir John Legard and his wife, formerly Miss Aston, my mother’s first cousin, arrived in Rome.  This family relationship promptly engendered a close connexion.  The funds that my parents had brought out of France were running out.  Only a quarter of the pension given the King had been paid.  Sir John asked them to come to Naples, and then to return with him to his manor in Yorkshire, where he would offer them the most generous and friendly hospitality.  My parents agreed to spend some time with him in Naples without committing themselves beyond that.  Sir John did not insist. 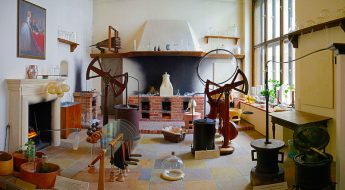 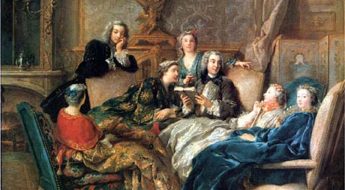 A Novella of the 18th Century: Chapter 3 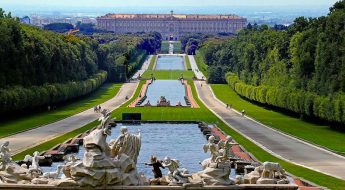 A Childhood at Versailles, Part 5.2